An original composition inspired by and performed in the Ambassador Hotel. Presented by Doors Open Milwaukee and Access Contemporary Music.

She has had multiple commissions to write new music for recitals, concerts, choirs, events (including new music for a wedding ceremony), and more. ​

"The Brook" is a beautiful poem written by Lord Alfred Tennyson. Soprano Sarah Cambidge and guitarist Travis Chastain (both Alumni of the University of Denver) commissioned the poem to be set to music. Throughout the piece, the juxtaposition of life and death, consistency and change is represented by contrasting different timbres of voice and guitar. It is also represented with a change in time signature using both duple and triple meter, and by rhythmically placing two notes against three. The piece moves through three different stages of life—beginning, middle, and end—then cycles back to the beginning. "For men may come and men may go, but I go on forever."

"Piano Trilogy" combines three short piano pieces that explore six pitches. They are C, Db, F#, G, A, and Ab. Each of the three pieces has a different affect attached to it. The first is dramatic and melancholy. The second is playful and the third is resolved. All three pieces were composed by ear—without using a piano to write them. 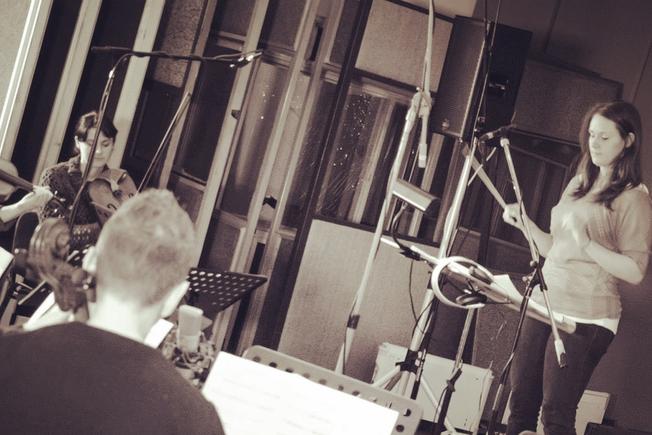 "Compass" is a new concert music work that was written so that each instrument represents the four corners of the earth and their respective "winds". I began by researching the Greek mythological connotation of each "wind" and then gave each part a "personality" based on what I found. Throughout the piece, the four winds express their own voice and then are pitted against each other. After a whirlwind of sound, all four winds unite together with the "North Wind".

Doloroso is Latin for sorrowful. The cello was chosen as the primary expressive instrument to describe this emotion. Combined with violin, clarinet, and piano, the four instruments stretch the tempo as a key element to express sorrow. The piano gives weight to the seriousness of the emotion by utilizing the lower register. The timbre of the clarinet adds its own melody of sorrow and the violin reaches up to the heavens in a cry for help.